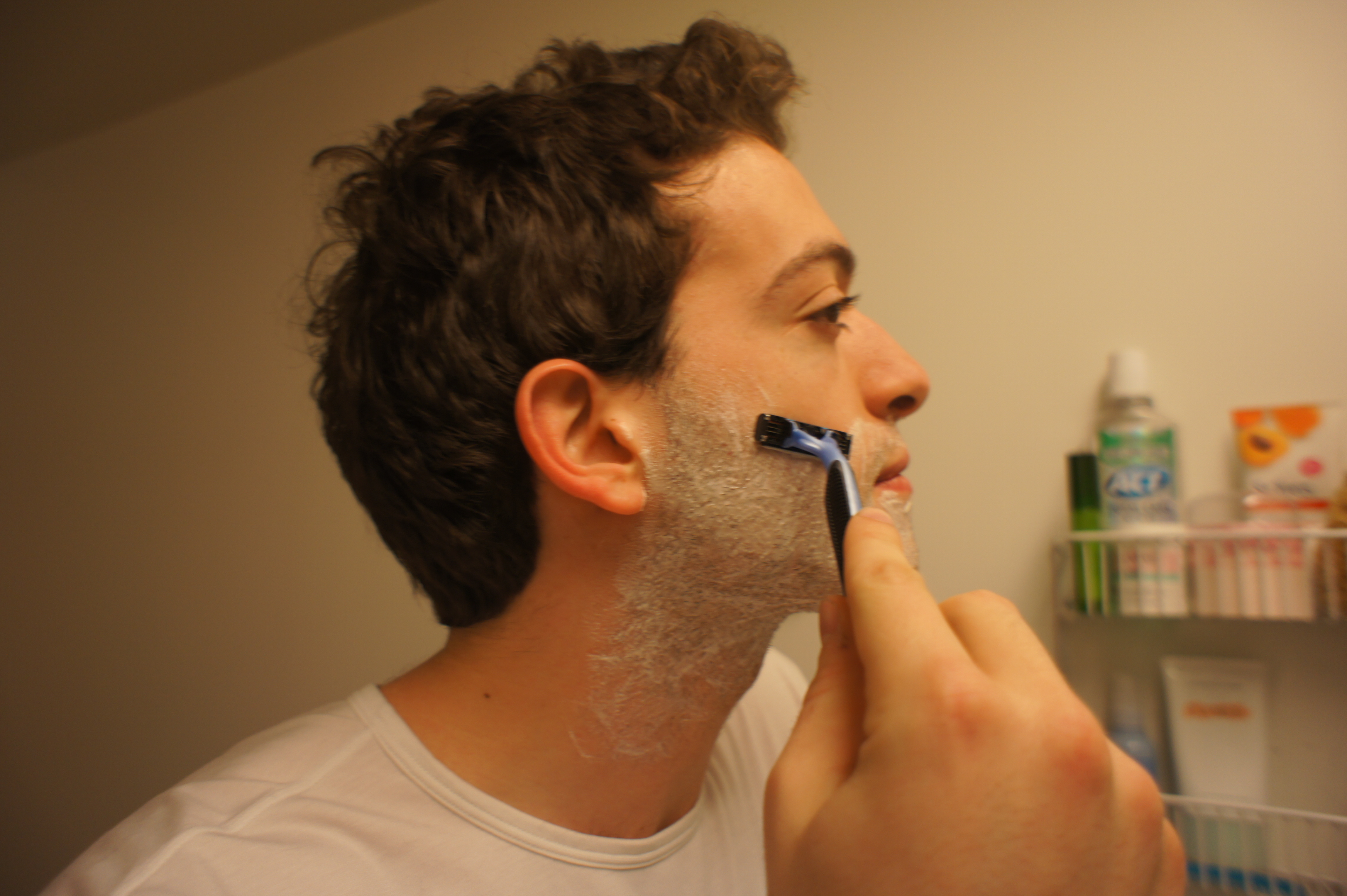 In early March 2012, when a short video advertising a subscription razor delivery service went viral on YouTube, it garnered over four million views in its first couple days. The company being advertised, Dollar Shave Club, was founded on a simple idea: men in America are paying way too much for their razors and there is money to be made by convincing people to make a switch.

Founder and CEO Michael Dubin is not your average corporate headman; he is young, has worked in marketing and branding, and was part of an improv comedy group in New York City. In the video he is seen wielding a machete, riding a forklift and a wagon, and dancing with a bear and employee while using a leaf blower. Simply put, this is not your normal razor commercial. Dubin also pokes fun in the video at some of the grooming industry’s more frivolous tenets, asking, “Do you think your razor needs a vibrating handle, a flashlight, a back-scratcher, and 10 blades? Your handsome-ass grandfather had one blade and polio.” The video and its tongue-and-cheek references seem to be a big hit, and Dollar Shave Club sales passed 5,000 orders that first day.

The concept behind Dollar Shave Club is not new. The subscription service business had its heyday in the über-chic convenience days of the 1950s and ‘60s. Now it’s back in full force, with subscription services popping up for everything from shoes to arts-and-crafts kits. The business model is simple, too: you have consistent customers who pay monthly and therefore have consistent month-to-month sales. For Dollar Shave Club customers, there are three options. You can purchase the “Humble Twin,” a simple two-blade razor that costs $1/month (plus shipping); the “4X,” a four-bladed razor that is supposed to be suitable for both males and females and costs $6/month (shipping included); or the “Executive,” a five-bladed razor meant to be comparable to high-end Gillette razors that costs $9/month (shipping included). Every option allows subscribers to conveniently change their razors weekly and avoid the annoyance of having to purchase yet another expensive razor, or use a dull one from home.

The company states that you can save over $150 a year by using their services, and this very well might be true. Traditionally, razors are a cash cow for big grooming companies, and they have major markups and wide profit margins. Dollar Shave Club has their razors built and assembled in Korea and China at specialty plants. Newspapers, magazines, and the ever-present YouTube reviews have all stated the same thing: the razors are fantastic (for the price). Essentially, the razors and razorblades are of a similar quality to the name-brand razors offered by major companies but they are only a fraction of the price.

Dollar Shave Club was created and launched from a start-up incubator run by Mike Jones, the founder of Myspace. It received funding from some major Silicon Valley players and is well positioned to have massive growth in the coming year. Dollar Shave Club’s sudden success may even be indicative of the changing modern business climate. As the “start-up” concept becomes more ubiquitous, there is guidance and funding available unlike ever before. It is possible for an ex-comedian to start a company that challenges the likes of Proctor and Gamble and ruffles Gillette. It is no longer just a simple game of a few huge companies offering products and guiding the market. There is more potential for a consumer to be smarter and challenge the status quo. Digital media, combined with entrepreneurship, has created endless possibilities for innovative and effective marketing. If traditional companies can’t adapt beyond making a Facebook page, it is likely that more and more creative people like Michael Dubin will come along with interesting ideas and take away the big companies’ market shares.