Minnesota Governor and potential 2012 presidential nominee Tim Pawlenty called it an “unprecedented overreach by the federal government.”  Georgian Congressman Paul Broun called it “a war of Yankee aggression” (really).  But Senator Tom Coburn from Oklahoma put it in terms everyone can understand: “To our seniors, I have a message for you: you’re going to die sooner.” 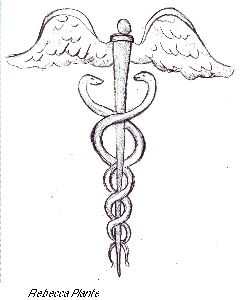 What are these Republicans responding to so angrily—and some might say outrageously?  The recently passed health care bill, of course.  Few pieces of legislation in recent memory have been so divisive, caused such national furor, or fueled so many protests and rallies on both sides of the political spectrum.  Likewise, rarely has legislation brought with it such a dramatic change.

For all the discussion and debate regarding the health bill, knowledge of its key provisions is sorely lacking.  The news media has focused on sound bites and all the outrageous rhetoric flowing from competing sides of the senate floor. For some, it has be difficult to find out how we may actually be affected by the bill, signed into law by President Obama on March 23.

Senior Andrea Lowe, president of the Tufts Democrats, highlighted the primary effect of the bill on college students nationwide—including, of course, the impact here at Tufts. Until age 26, young adults will be able to remain on their parent’s health insurance, which she said “will have a profound impact on young adults.”  Previously, individual states regulated the age of maturity when children were no longer covered by their parents’ policies, generally age 18 or, in some cases, upon the completion of an undergraduate degree. Now, a universal cutoff age for health care coverage under family plans has been set, ensuring care for most undergraduates.

The reform’s impact on college students is enormous. While salvaging draining funds, undergrads will no longer need to worry about establishing an independent insurance plan apart from that of their parents until the ripe age of 26—a time when (hopefully) carefree college kids have transformed into responsible and financially secure adults.  With the passing of the health care bill, a heavy burden has certainly been lifted across college campuses nationwide. 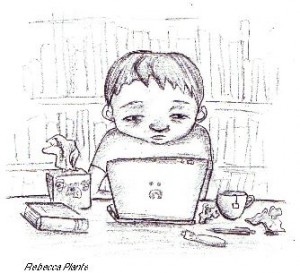 Beyond its effects on college students, the healthcare reform will help millions of other Americans. Insurance coverage will be extended to 32 million Americans who are currently uninsured. The bill also mandates that individuals cannot be denied coverage due to preexisting conditions, a provision that will be put into effect immediately for children and in 2014 for adults.

The response from Tufts’ Right, unsurprisingly, was less positive.  “They are just reinforcing the status quo system of heavily regulated, private insurance,” according to senior Xander Zebrose, a member of the Tufts Republicans.  The primary effect of the bill, he said, is “just forcing more people into a system that doesn’t work particularly well.”

Like the new ban on restricting coverage based on pre-existing conditions, many of the bill’s more audacious reforms will not be implemented until 2014.  The individual mandate to enroll in an insurance plan—the lynchpin of Massachusetts’ health regime, which was in large part echoed in the federal program—will also be delayed until 2014, along with the ban on lifetime caps for insurance coverage.  These caps, which limit the amount of money a patient can receive regardless of need, often leave families with huge debts after loved ones pass away.

A large point of contention surrounding the bill is how it will affect prices for consumers.  The Congressional Budget Office (CBO), a nonpartisan body that reviews legislation for its financial impact, said that by 2016, it expects little if any increase in premiums for those with employer-sponsored plans.  While individuals and families enrolled in unsponsored plans may see some rises in cost, according to the CBO, more than half of these people will qualify for federal subsidies—reducing costs by 60% on average.

Generally, these reforms will benefit middle-class families, while upper-class individuals and large corporations are likely to see increased costs and higher taxes in order to cover the cost of the new changes.  Yet President Obama has taken pains to highlight the bill’s positive effects on small businesses:  “This year, millions of small-business owners will be eligible for tax credits that will help them cover the cost of insurance for their employees,” he remarked in a speech in Iowa a few weeks ago. 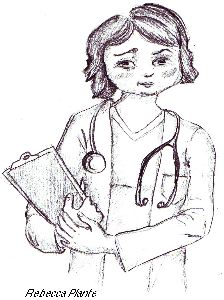 Many commentators and pundits argue that the bill’s biggest impact will be seen in November, when mid-term elections roll around.  What effect will healthcare reform have on the prospects for both parties in the 2010 elections?

The health reform bill “gives the Democrats a platform to run on,” in the words of sophomore Seth Rau, the Speakers Coordinator for the Tufts Democrats.  “Once people start to know that they will be saving [money] from the bill, some more popular support will come about,” he predicts, forecasting that the Democratic Party will retain control of both chambers of Congress.

Xander Zebrose of the Tufts Republicans agreed. “I don’t think the Democrats are going to be any worse off because they passed it,” he said.  The reason for this, he explained, is timing. “All the costs are delayed…the real effects will probably be farther down the road, once the bill has a real impact.”

No matter the political ramifications, it is clear that the passage of health care reform marks a dramatic shift in US social policy.  It seems almost inevitable that this bill will indeed extend coverage to millions and make health insurance available and affordable to all Americans—a change that is long overdue. And, if anything, this healthcare reform will guarantee us Tufts students at least a couple more years of free insurance, courtesy of mom and dad.