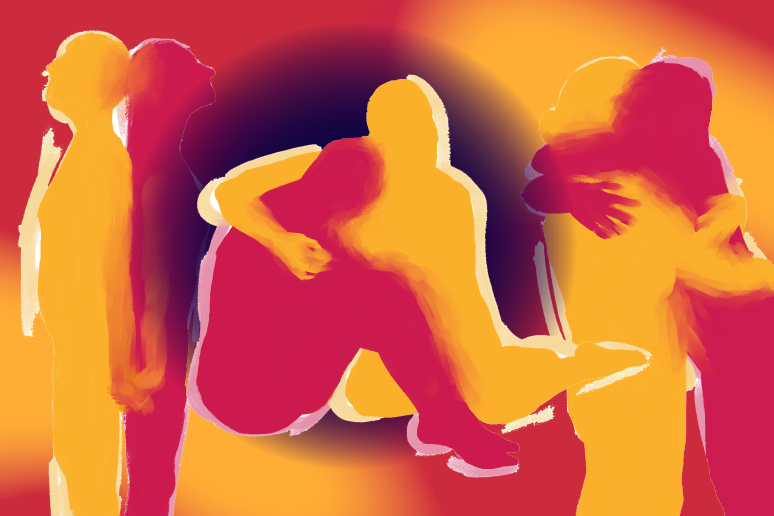 Why has Sally Rooney, hailed the Salinger of the Snapchat generation, become the voice for a generation of depressed and indebted college students? What is the draw, and what is her readers’ place in such an elitist literary scene?

Rooney is a young Irish writer who leveled the contemporary fiction scene after her 2007 debut novel Conversations with Friends. Since then, she has written two more novels: Normal People, which went on to become adapted into a popular TV series, and her newly released Beautiful World, Where Are You?, one of the most reviewed books of all time. Her work generally tracks the lives of college students, and most recently those in their late 20s. Within this, her focus is on the characters’ relationships: where they fail, how they communicate, and why they love the way they do.

Considering Rooney as a specific type of figure might allow us to track why youth flock to her novels. Rooney, a self-declared Marxist, frequently critiques Western literature’s immoral basis: its relationship to the commodification of culture and elitist cultural capital. In high school, many students may have only been exposed to novelists who often left systems of power unacknowledged and unmentioned in both their writings and personal lives. These students might finally find some accountability and mirrored issues of concern not only in Rooney’s writing, but in the way she navigates the world.

Rooney is noticeably absent from all social media platforms, meaning she takes few public stances on prominent issues. However, on October 12, 2021, she announced her decision to withhold translation rights of Beautiful World, Where are You? from her previous Israeli publisher in order to stand with the Palestinian people and the Boycott, Divestment, Sanctions movement. She released a statement that explained, “I simply do not feel it would be right for me under the present circumstances to accept a new contract with an Israeli company that does not publicly distance itself from apartheid and support the UN-stipulated rights of the Palestinian people.” Rooney also made clear that she would be happy to sell the Hebrew translation rights to a publishing house that is compliant with the BDS movement’s guidelines. With this decision, Rooney is wielding her power and platform as an author to advocate for change according to her values—something many fans of pop culture figures have been calling for.

The desire to respond to the effects of systems of power is something Rooney’s characters also deal with on a personal level. Although Rooney is often quoted saying that she does not write specifically Marxist books, her characters show how concerns over socio-political and cultural systems are dealt with in daily experience, specifically through love, sex, mental health, personhood, and relationships.

Rooney’s characters address these concerns through their own complex emotional worlds. Her characters generally fear intimacy, avoid processing their emotions, and feel utterly stagnant and lost in both their relationships and the world. So is it really surprising that an entire generation of college students—constantly questioning their selfhood, identity, and placement in communities and relationships—are drawn to characters that not only mimic that experience back to them, but love and are loved despite it? People feel that this idea is presented in Rooney’s new novel, which details the relationships between four characters and focuses on two best friends, Alice and Eileen. Alice is a famous novelist who has retired to the Irish countryside post-breakdown following the release of her novel. Eileen works at a small literary magazine and is confronting the state of her life and a past relationship. Sophomore Maddy Porter spoke on the novel, saying, “I related a lot to the part where both Alice and Eileen were saying to each other, ‘I care more about you than you care about me,’ because I feel like it’s easy for a lot of people to feel that way.”

Rooney’s characters address the turbulent experience of youth and burgeoning adulthood when the idea of the self is ever-fluctuating, when perceiving and knowing love becomes ungrounded, and where finding footholds in interpersonal relationships becomes incredibly difficult. Communication becomes a road-block when being perceived and letting yourself be known is so painful. Sophomore Caitlin Walsh noted the contentious experience of communicating desires and needs when you fail to even understand yourself. She said, “Eileen was drawn to people that can’t communicate what they want from her and tell her how they feel about her. And that’s what she wants from them. But she knows she can’t get it.”

The characters involved in these relationships, and the experiences and realities they confront, are definitively limited. Rooney’s characters are nearly always white, always thin, and always conventionally attractive. Despite at times engaging with queerness through her main characters, she still has a tendency to uphold some stereotypes that are hurtful to members of the queer community. “I didn’t enjoy how she played into the trope of ‘bi person wants three-way,’” said Walsh in reference to the character Felix from Rooney’s new novel. “It’s like oh, that’s really the trope we’re going for? Do we really need to be perpetuating that?”

The main powers that shape Rooney’s writings are class and capitalism. She centers capitalism as the integral external power structure her characters interact with and must orient themselves in. Many of today’s youth and college students on the precipice of entering the workforce—dealing with exploitative unpaid internships and a lack of job opportunities—are reckoning with capitalism’s effects on individual and interpersonal relationships. This reckoning is also an emotional one.

In a particularly moving letter, one of the protagonists in Beautiful World, Where are You? delivers a poignant message on what the current state of capitalism means for how we experience happiness. In the letter, Alice explains that she, as someone with access to the products and labor of exploited people across the globe, is still barely living a life she finds worth living. Access to developed technologies and cheap materials is only increasing, and the gap between global consumers and institutionally abused workers is growing. However, the general happiness quotient of individuals with such access and privilege—many Tufts students, for instance—has probably only decreased. Our lives are sustained by others who are systematically taken advantage of and used by systems of power like capitalism and those who benefit from them, but the life we are left with can still be incredibly difficult to live. However, as Rooney makes clear, we return to love, sex, and relationships despite everyday anxieties and horror at our social and political systems.

Yes, a student can come back agitated from an Eco-Rep meeting that just caused them a bout of anxiety about the state of near complete collapse the environment is in, but they can also sit in Dewick and listen to their friend tell them about their chemistry set that’s due, and maybe finally respond to their mom’s texts, or mentally construct their outfit for the Pub that night. Students often feel paralyzed over their impotency in changing the horror of the world and its social and economic systems, and can only attempt to affect meaningful change and uplift their communities where they can—but they also nearly always resort to loving in the face of systems collapse anyway. That is what Sally Rooney writes about in her new novel, and that is where perhaps this generation can find not hope, but a meditation on some of the realities that college students, Tufts students, face everyday.

We Remember It All Too Well