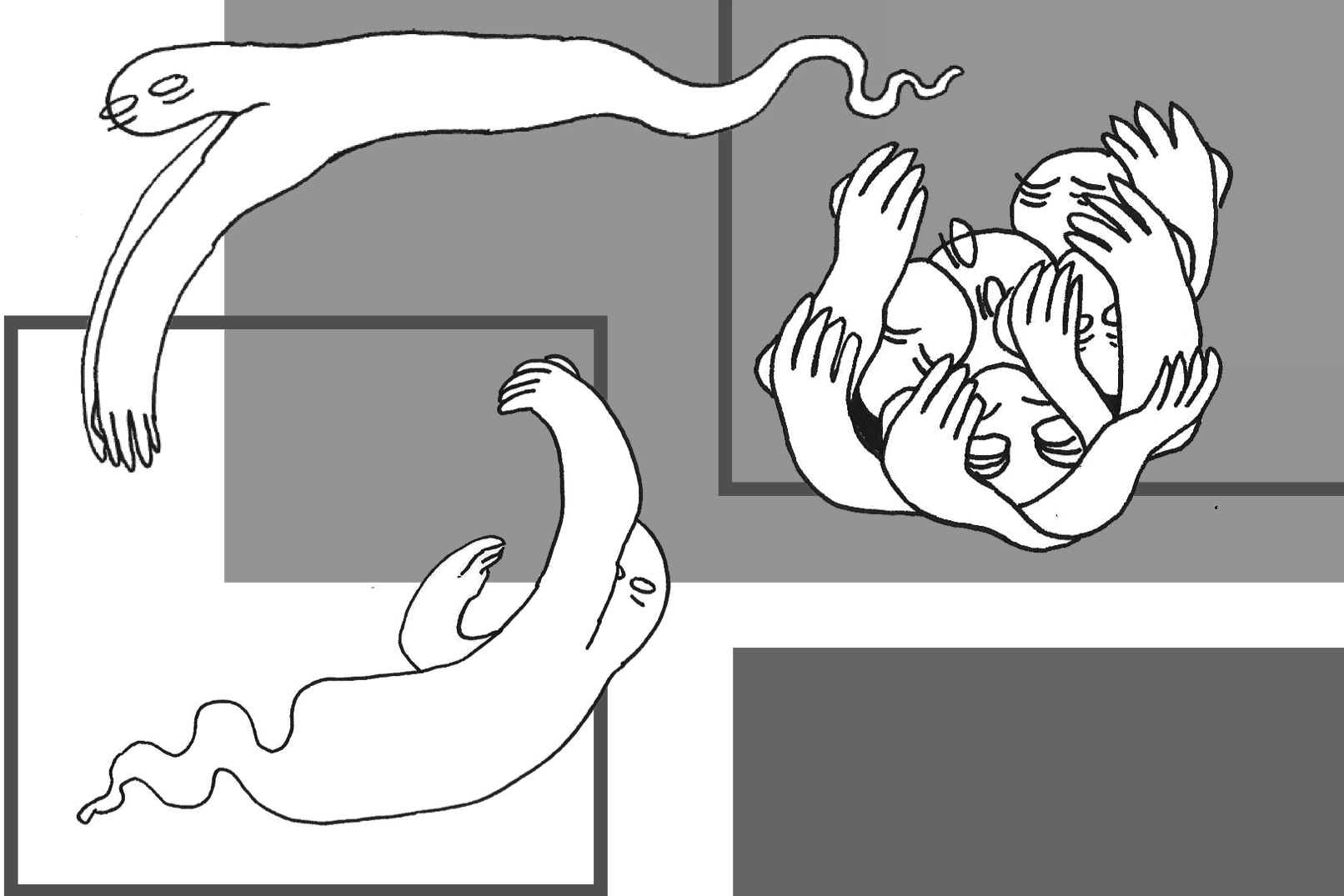 Building A Better Reality: Improving the Lives of Students Begins with Teachers

This is about the time in the semester when all my friends start having mental breakdowns—midterm season, group projects, and starting work on final papers. This is not to mention the constant news cycle of hate crimes, sexual assault hearings that lead to no accountability, and the Earth literally falling apart as climate change rapidly increases. In this stressful University and global environment, teachers’ attitudes have a tremendous amount of influence on students. They can fuel the support and success of their students, or they can fuel fear and exhaustion.

Last semester, I started throwing up daily because of a new medication that I was taking for bipolar disorder. I stopped taking the medication due to these side effects, and once I was off of it, the withdrawal effects made me suicidal. At the time, I was in a high-demand class that allotted no time for breaks. I emailed the professor anyway, as this was obviously a time to ask for an exception. I was vague and said that withdrawal from a medication was making me sick. Her response was, “There are no extensions for this class.” She then proceeded to say I could simply turn my assignments in late and accept that I would get docked points. She did not ask how I was doing. I felt especially hurt, as this professor was my advisor and knew about my general mental health struggles. I also didn’t feel comfortable expressing that I was suicidal, even though it was a withdrawal symptom. Despite this, I responded to her email and clarified the extent of my condition. She offered me an extension a week later.

Over the course of my sophomore year, many other professors saw me miss over half my classes, but did not think to ask if I was okay. This lack of concern wore on me because it was a time in which I really could have used connection or support. My Calculus 1 professor didn’t contact me at all, despite the fact there were only 25 students in that particular class. If I was too low-functioning to make it to class, it is unreasonable that my professors would expect me to come to office hours to explain my situation and ask for help.

I was hurt by the fact that neither these professors nor Tufts Mental Health Services ever told me that there were other options available to me, such as withdrawing from classes or asking for incompletes. I was even more hurt that the option of taking a mental health leave of absence was never suggested. Even after failing two classes and receiving a D in another, no teachers or deans thought to check in on me. Even when I finally advocated for myself and received time off and treatment, I had to jump through multiple hoops to return to my studies. Even now, every semester is incredibly taxing for me, and getting to this point has come at huge costs to both my mental and physical health.

Countless professors have misgendered me multiple times, so much so that I have come to expect it. If I am already struggling with my mental health, dragging myself to class only to be misgendered can feel like the last straw. When it goes uncorrected, it feels even more defeating.

I have also experienced consistent emotional strain from the lack of trigger warnings offered in classes and assignments. I am someone who has experienced sexual violence and other traumas in my life and have been marginalized in multiple ways. I have had to read stories about rape with no warning, and I have been in classes that showed visuals about eugenics with no warning. There have been many times when I have been the only person to speak up about needing warnings or about the potentially harmful nature of certain content. Especially during a time in which marginalized people are constantly faced with traumatic pain in our communities, giving warnings and small accommodations for those who are affected can be a huge relief.

I am not the only Tufts student who has been harmed by the actions of teachers. A student who asked to remain anonymous cited a few instances of having their mental illness misunderstood and discredited. They stated that one professor “made me cry during freshman orientation, before I’d even started his class, by questioning the legitimacy of my mental illness [and] requiring accommodations, despite my having approval papers from Student Accessibility Services.”

Sometimes classes directly focused on marginalized people and identities can be places where marginalized folks are especially subject to others’ ignorance. The same student responded that the professor of an Abnormal Psychology class “had in her notes that people with OCD can’t have healthy relationships… because [people with OCD are] too self-centered by following [their] compulsions to be there for anyone… I haven’t been the same since. I have OCD and have always worried it would make me unlovable.” Marginalized people should not feel targeted in studies about their own oppression. Teachers should be seeking to subvert dynamics of oppression in their own classrooms, not perpetuating them.

These examples of how teachers’ policies and attitudes have affected me, and others like me, do not mean that teachers are not taking actions to help their students. I was recently able to leave a class early and avoid a discussion about sexual assault. Last week, the same professor whose actions hurt me when I was suicidal cancelled class because eight students emailed her saying how stressed they were about their course loads. In an Ex-College class last year, that was taught by multiply-marginalized and disabled Professor Lydia X. Z. Brown, students were allowed to sit or lay on the floor in class and use fidget toys while they listened to lectures. We were encouraged to take space for ourselves if we were feeling triggered, and we were given warnings in class and on assignments that could be potentially triggering. Professor Brown was also the only professor I have ever had who was trans like me, and who was also upfront about being disabled and anti-racist. It was incredibly therapeutic to see so many pieces of myself represented in a professor.

The reason I share these experiences is because I’m hoping professors will see just how much their policies matter. I expect the administration to belittle or ignore me, but I expect more from professors. I know that the administration is also devaluing teachers’ work at this University, and I want more solidarity between professors and marginalized students who are the most affected by strict policies. Professors can help alleviate mental strain on students by explicitly stating content warnings ahead of time, ranging from sexual assault to racial violence and generational trauma. They can trust the word of students who are ill and ask how they can support them. Finally, they can value the pain and fatigue that all students, but especially marginalized students, are continuously affected by. A student’s health should always come first, even if some rules get bent in the process.

I Dream of Bodily Liberation