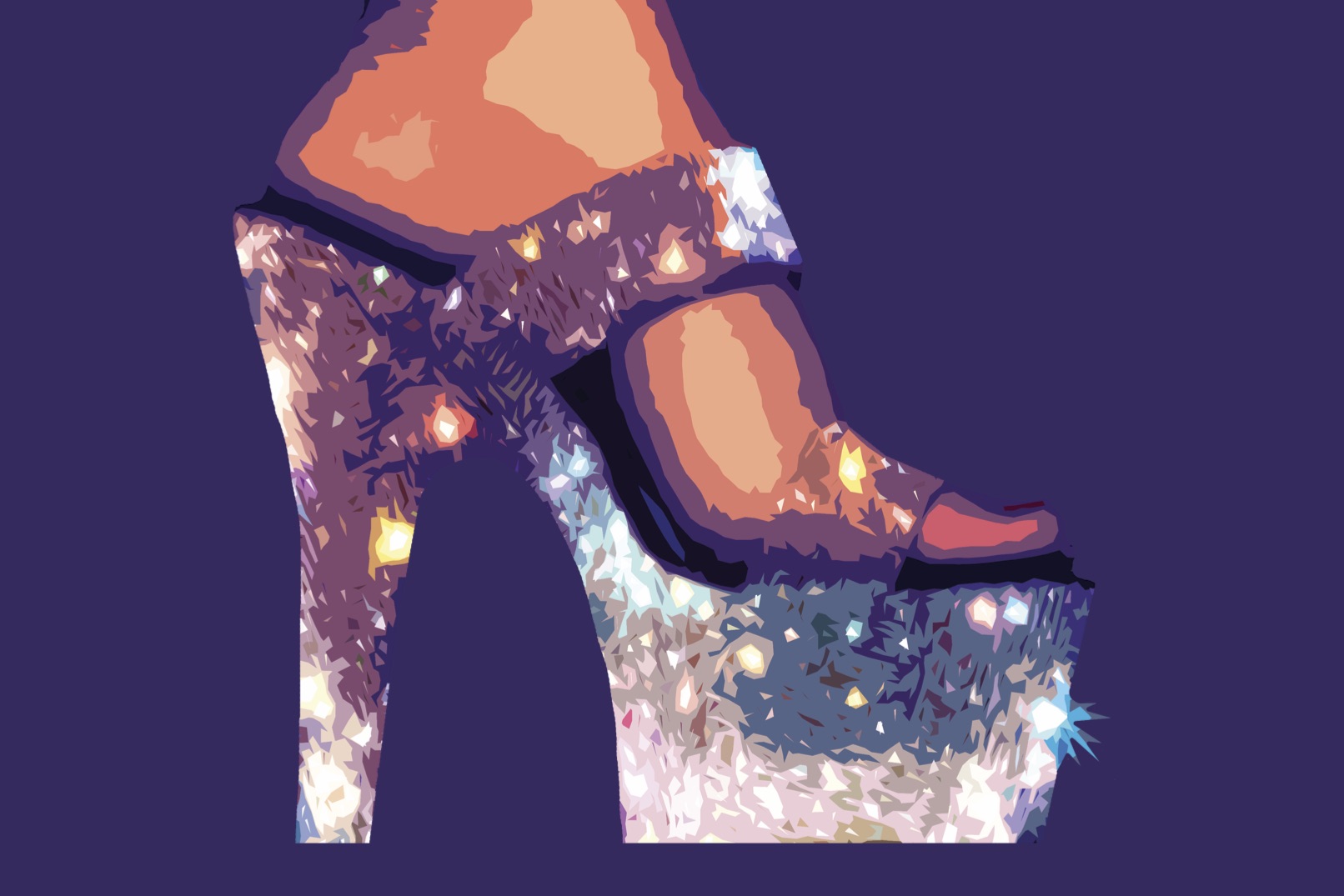 A few weeks ago, I was in my apartment with my roommates, waiting for a delivery man to drop off a dresser that I bought. Suddenly, I was struck with a fantastic idea. Why don’t I put on my highest heels and a black leather skirt and greet the delivery man? I immediately ran to my room and put on the outfit. I walked into my living room where I was met with thunderous applause and veneration from my queer roommates. As we waited for the delivery man, one of my roommates commented on my outfit. “You’re being so extra,” they said. I most certainly was.

In my experience as a high-femme, I’m often labeled as “being extra” or “doing the most.” This makes sense to me. From my perspective, high-femmes are femme-identifying individuals who perform femininity with specific tools and methods that society sees as immoderately feminine. I don’t want to essentialize this identity, but it is important to me that my performance of “high-femmeness” manifests in everything from dramatic makeup, high-heeled shoes and miniskirts, to my style of walking and ardent gesticulation.

Along with the self-fashioning and physical mannerisms, “being extra” also applies to certain attitudes and corresponding behaviors. Generally, this identification would be applied to characteristics that are considered dramatic or performative. But in my experience, “being extra” applies to behavior that exudes a feminine or “diva-like” level of confidence.

While I’m fortunate enough to be living with other queer and trans people that value high-femmeness, I have found that the outside world rarely does. When I was recently visiting my friend in Texas, we drove from her place in Austin to go to a rave in an abandoned warehouse in Houston. I was dressed “excessively feminine”: plaid nine-inch platform heels, a latex miniskirt, a full mug with beautifully blended purple and pink eye shadow, and a skin-tight top made of only black lace with sleeves that hung to my calves. At some point in our drive to Houston, my friend and I needed to use the restroom, so we stopped at a gas station in Littlecountrytown, Texas, with an estimated population of 204.  As soon as we exited the vehicle I knew I shouldn’t have gotten out.

As much as I want to be seen as a self-empowered, trans, non-binary-identifying high-femme who will never sweat at the opinions of ignorant trans-misogynist pigs, I’m still terrified of the world I live in and what it could do to me.

In the convenience store of the gas station (which was the size of a supermarket) I tried to be low-key, but that is impossible when you’re standing in heels that make you nearly seven feet tall. Every head in the store turned, and not in a good way. I decided not to use the bathroom, since using either restroom available would put me in the most dangerous situation possible. Fortunately, I did not experience any acts of physical violence—but several people followed me around, taking my photo and heckling me with questions about my genitalia.

While I assume it is easy to imagine how the presence of high-femmes would be reckoned with in places deemed “conservative America,” the discomfort that comes with the disruption of normative gender and sexual practices can be just as prominent in liberal bubbles such as Medford, Massachusetts.

While living in constant fear and danger and being subjected to a status of “otherness” is something many queer and trans people experience, I think there is something about trans people who perform a high-femme gender that is regarded as particularly abhorrent and deviant.

This clearly seems to be the result of a larger society-wide femmephobia. High-femmeness is regarded as “being extra” because it bastardizes an acceptable performance of femininity.

To be “extra,” you must be doing something that cannot be qualified as rational according to the values and social rules of mainstream society. Rational seems to be categorized as something that is simple, efficient, and/or pragmatic. Simultaneously, an intrinsic aspect of high-femmeness, to me, is a disregard for all of these things. It’s about doing you and having fun and not caring abut following normative practices. What high-femmes do is perform gender that deviates from the norms of society, and as a result, we become highly noticeable. This I am glad for.

And while the term “queer” has shifted meaning recently in its vernacular use, its original theory was meant to describe the use of gender to subvert the fabric of our capitalist, patriarchal society. Through our mere existence, high-femmes corrode the dominant narratives of how gender and sexuality should look and behave, making us, in essence, queer.

If what I do and how I do gender provokes discomfort because of its dismissal of and attack on society’s deeply familiar concepts of gender—a pillar of social order—I get a little thrill. I love being provocative.

When the delivery man was coming to my house, he confirmed my assumption that he would be a hyper-masculine Boston bro. As I paraded around in my outfit of excess, I was delighted in his lack of comfort with my hyper-feminine, trans existence.

When I chose to wear my “high-femme” outfit for that Texas rave, I was once again appealing to this desire. Fuck the normative; I just wanted to display myself as a mysterious, sexy, latex-wearing femme eroding the concept of the binary genders. And I did.

I want to take up space in our masculine-supremacist world. I want to do my gender with excess and drama. I want to be confrontational and I want to claw at the heart and soul of the disgustingly transphobic, femmephobic society we live in. If that makes you notice me more and you consider me “performative,” “provocative,” “extra,” or “excessive,” then I guess I’ll just be a fucking star.