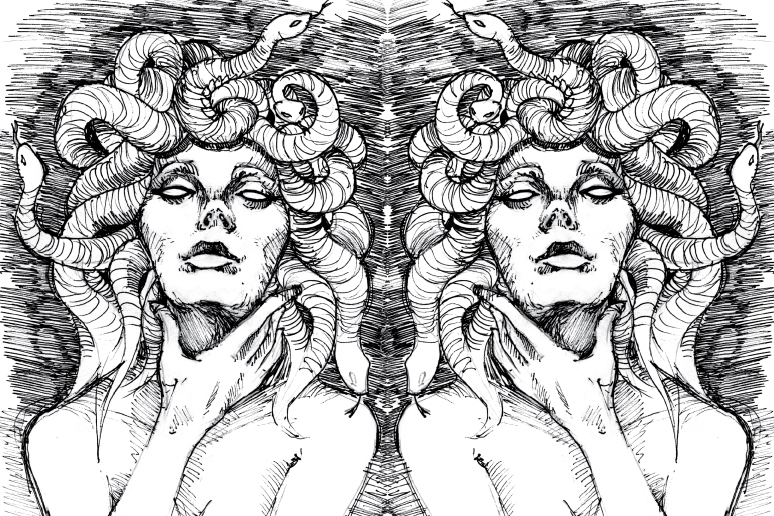 The horror genre in American television isn’t holding back.

Representations of sexuality and sexual violence are fundamental elements of the most popular and frightening shows on networks today, and these shows are amassing attention. Over 12 million viewers watched the premiere of American Horror Story: Hotel in October, and seven million saw the Scream Queens pilot within three days of its airing in September. Formerly dominated by the big screen, horror as a genre has made a successful shift to television, making a name for itself as “anthology horror.”

Sex is at the core of its essence as a genre, according to Sam Kitchens, a Tufts junior teaching a Perspectives seminar about horror films. He says this combination of sex and horror isn’t totally new: “slasher” films of the 1970’s and 1980’s frequently featured the murders of young, sexually active women. Slasher films demonstrate a puritanical view of female sexuality and morality—the idea that young women having sex deserved to be punished.

“People say that slasher films are just about seeing a bunch of teenagers getting killed, but they’re also featuring teenagers who are being sexually active, being sexual creatures, and society is saying, ‘This is not okay, you are responsible for the breakdown of our society,’” said Kitchens.

Sharon Begley, Senior Health and Science Correspondent at Reuters, wrote in The Daily Beast that “an almost Victorian moral code” is present in many of these older horror films. In these films, she says, “you can be pretty sure that the girl who has sex with her boyfriend will end up dead, as will teenagers who pick up deranged hitchhikers.”

But now, female sexuality is portrayed in even more graphic and violent forms than it was in classic horror films.

“[Today], you see an amplified focus on violence towards women’s bodies, and women as victims of sexual violence. Repeatedly, the stories we are told follow a similar structure, and they always involve a denuded female body that is a victim of sexual violence,” said Tufts Associate Professor of Anthropology Sarah Pinto.

Viewers of the premiere of American Horror Story: Hotel witnessed not only a rape scene with a faceless demon as the assailant, but also a foursome between two vampires and two humans, an act that culminated in two murders and excessive gore. Scream Queens, though lacking the graphic nudity presented in American Horror Story, abounds in sexual innuendoes, homophobic dialogue, and allusions to necrophilia.

Pinto says today’s pervasive combination of horror and sex relates to the Freudian idea of “the return of the repressed”—the notion that the things that scare us continue to haunt and revisit us, even as we repress them.

“Those films and their structures evoke a deep psychological process. The thing being repressed is sex, it is desire, and it emerges as something horrifying in these sort of domestic places that are supposed to be sexless.”

She says the entertainment industry has and will continue to combine sex and horror because they know it’s profitable.

“I think there is also a more commercial explanation that these things sell, and movie makers understand that images conflating violence and sex make a lot of money,” she said.

The horror film industry reeled in over $254 million in 2014, and has already made that much in ticket sales in 2015. Tufts Psychology Professor Keith Maddox addressed another aspect of horror’s appeal: the shock factor. “Human beings are often intrigued by events that are novel and unexpected because they go against our normal everyday expectations about people and their behavior. Horror films are great examples of providing people with highly irregular and unexpected events in a reasonably safe environment at home or in a theater,” Maddox said.

But this kind of media—especially when it is highly sexualized—does not exist without controversy. President of the Parents Television Council Tim Winter advocated for an advertisers’ ban on American Horror Story: Hotel, according to Cinema Blend’s website. Winters said that the show displays an “unbelievably explicit combination of sex and violence” and that it “is the most vile and shocking content…on TV.”

While this conservative critique focuses on the existence of violence and sex in media, a feminist critique, according to Pinto, pushes back against the way that narratives around sexual violence are shaped. One narrative that appears over and over in the modern horror genre is revenge murder in response to sexual violence. Films like I Spit on Your Grave (2010) and Teeth (2007) depict a female protagonist seeking out male victims after instances of assault. Pinto said that these stories can glorify violence rather than condemn it.

But with millions watching consistently, it seems the entertainment industry will only continue to spew the sex, blood, and gore at the expense of women.

Women Take the Floor at the MFA