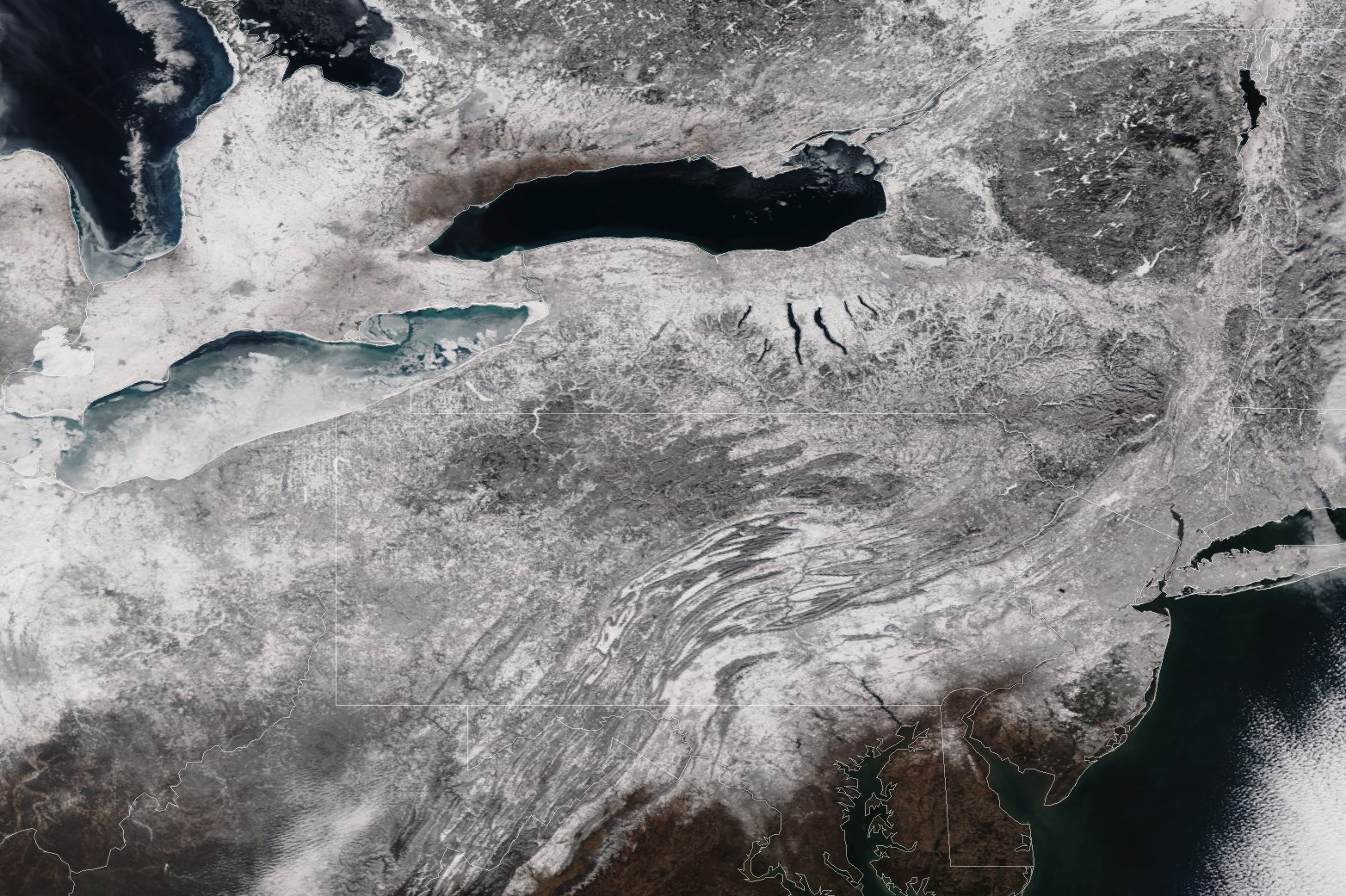 How Climate Change Worsened Our Winter

In an effort to disprove climate change, Senator James Inhofe (R-Okla.) brought a snowball into Congress on February 26. He then declared, “In case we have forgotten, because we keep hearing that 2014 has been the warmest year on record, I ask the chair, you know what this is? It’s a snowball. And that’s just from outside here. So it’s very, very cold out.” He threw it on the ground, as if to prove it was a real snowball.

Although many have since denounced Inhofe’s preposterous conclusion, no one would argue that this winter has been abnormally cold and snowy. So far, it has snowed 105.7 inches this winter, just shy of Boston’s 107.6-inch record set in the winters of 1995 and 1996, according to the National Weather Service. That record, in fact, was the only other time since the weather was first formally recorded that there has been over 100 inches of snow in one winter. USA Today recently reported that “at one point in early February, enough snow had been plowed in the Boston area to fill the Patriots’ football stadium about 90 times. That’s more than 25 million tons of snow.” The Washington Post headlines called it a “1-in-26,315 year occurrence” while Boston.com has dubbed it “The Great Snow of 2015.”

For those who deny climate change, the recent weather is convenient support. In a simplistic train of thought, if the earth were getting warmer, then there would be less snow. But in actuality, although it’s seemingly counter-intuitive, warmer temperatures can actually lead to increased snowfall.

As the earth warms, the atmosphere is estimated to hold 4% more moisture, leading to heavier precipitation. It’s analogous to a hot bathroom fogging up the mirror. When the shower heats up the bathroom, the air can hold more moisture, which then condenses on the mirror, creating fog. The same is true for the atmosphere, according to Kevin Trenberth, distinguished senior scientist at National Center for Atmospheric Research.

He explained on his blog that “in all storms, the main source of precipitation is the moisture already in the atmosphere at the start of the storm. This moisture, as water vapor, is gathered by the storm winds, brought into the storm, concentrated and precipitated out. Accordingly, if there is more moisture in the environment, it rains (or snows) harder.”

This idea is seen in the marked trend in winter precipitation is an increase in the heavy snow events, not just in the total amount of snow in a season. In just this winter alone, two of the seven largest snowstorms in Boston’s history have occurred in the same two weeks, and the city got 72.5 of this year’s inches of snow in only 18 days.

The Internet is buzzing, as many are strangely rooting on more snow so Boston can break the record for the snowiest year. But total snowfall isn’t the main issue with global climate change—the main issue is that there is an increase in the large events, like blizzards. Even if Boston doesn’t scrape up an extra 1.9 inches, the records for the most snow in shorter amounts of time, such as  4-, 20-, and 30-day periods, have already been broken, according to the National Weather Service.

So yes, there is snow outside in Boston and D.C.—at least for a while longer—but unfortunately, this isn’t a dismissal of global climate change; in fact, it may be the opposite, and that could mean even more snow in the years to come.