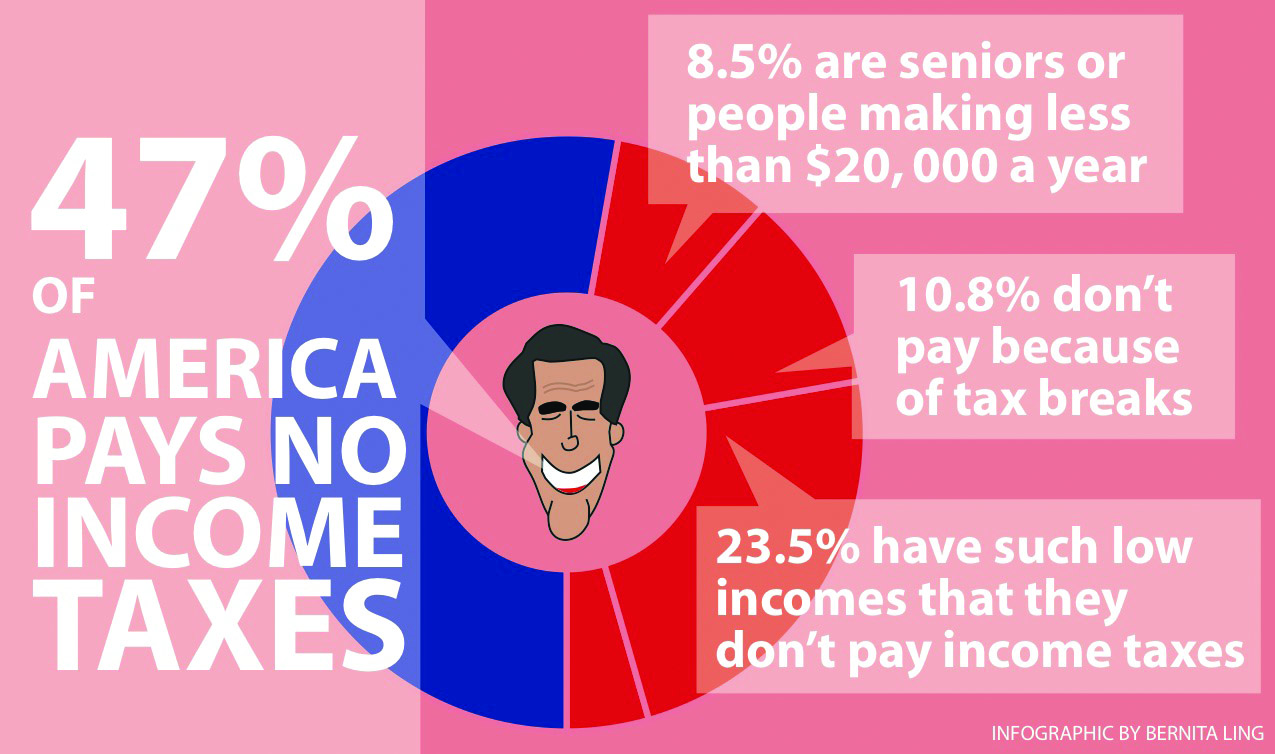 Like him or not, Mitt Romney is no slacker.

In fact, he is by far one of the most meticulous men in politics. His painstaking preparation for every speech, interview, and debate has been well-documented since he first came on the political scene by challenging the late Senator Edward “Ted” Kennedy for his seat in 1994. But even with all his planning, Romney was unequivocally blindsided by an amateur video taken at a Boca Raton private fundraiser in May.

The infamous video, which has now gone viral with millions of views, captures Romney making controversial remarks about the 47 percent of Americans who do not pay income taxes. Romney notes, “My job is not to worry about those people. I’ll never convince them they should take personal responsibility and care for their lives.” He goes on to state that these people “believe they are victims” and that they think they “are entitled to health care, to food, to you-name-it.”

For a presidential candidate,  especially one with a longstanding image issue, the video was the equivalent of showering a forest fire with kerosene. The remarks reinforced every negative stereotype voters have of Romney as an insensitive and condescending elitist who lives in an ivory tower and is utterly out of sync with everyday Americans. Romney chooses to ignore the fact that this “47 percent” demographic is comprised of the elderly, the disabled, the retired, and the working class, struggling with high unemployment. He essentially dismisses half the constituency and saying that they, along with their votes, are not worth his time. Romney and his oratory gaffes have put him in an extremely vulnerable position and, with little time left before elections, he has to find a way to right the ship. But what about the fact that an amateur video was able to reach millions of people in a matter of days, and singlehandedly shifted the course of the national political conversation? This  unmistakably demonstrates that the Internet and technology have fundamentally transformed the ins and outs of presidential campaigns.

Now, more than ever, public relations is key. The way in which voters view the candidates can be even more important than social issues or economic policy. Romney, capitalizing on his past as the head of Bain Capital and being consistently pro-big business, has long held an edge over incumbent Barack Obama in campaigning funds. His team has already spent millions of dollars in commercials—but not one of them has had the impact of the “47 percent” video.  The recording exploded via social media platforms such as Twitter and Facebook, magnifying the political spotlight on Romney’s clear blunder as a man seeking to move into the Oval Office. Voters, Republicans and Democrats alike, are forced to reevaluate their perceptions of Romney. Which is undoubtedly helpful to the Obama campaign.

While Romney’s campaign may have an advantage in funding, Obama’s campaign clearly has the edge in social media fluency. The ongoing transition of media power—from the traditional television news and print outlets to a burgeoning movement in social media and online news—can only play into the Democratic campaign’s hands. Obama has almost 29 million fans on Facebook and over 20 million followers on Twitter. In comparison, Romney has slightly over seven million fans on Facebook and one million followers on Twitter. Whether it’s tweeting a picture of a relaxed and amiable president conversing with celebrities Jay-Z and Beyoncé, or posting a clip of an appearance on “The Late Show With David Letterman,” Obama’s team is clearly more dexterous when it comes to portraying its candidate as a modern and approachable leader, one who fits seamlessly into the digital age.

Obama’s social media outreach is perpetually expanding. His team recently organized an “Ask Me Anything” thread on Reddit where the president personally answered unscreened questions from more than 200,000 public viewers in real time. His campaign also just launched the “For All” project, which is designed to encourage voters to write an issue that matters to them on their hand and take a picture of it to be uploaded to a prominent social media platform such as Instagram. All these measures continue the narrative that Barack Obama is a man of the people, one who will make sure your voice is heard.

The Obama campaign will continue to utilize its technological savvy to hurt Romney and capitalize on this recent fortuitous turn of events by blasting him on a wide array of media outlets. And while the presidential race seemed like it could go either way in recent months, it now seems as if Romney has lost tremendous traction in the aftermath of the viral Boca Raton video. But even with Obama’s dominant Internet presence and the significant damage done, the election is far from over. With the presidential debates set to begin on October 3, Romney has a chance to recoup with a strong showing and by forcing Obama’s camp back on the defensive and hammering the incumbent on his plans to fix the horrendous economy and high unemployment rate. Romney is a notoriously well-prepared debater who can inject a special blend of wit and confidence into his answers so long as he isn’t caught in a situation in which he will be forced to improvise. But Romney should have his fingers crossed and hope that he doesn’t slip and fall again, because next time he may not be able to get back up.