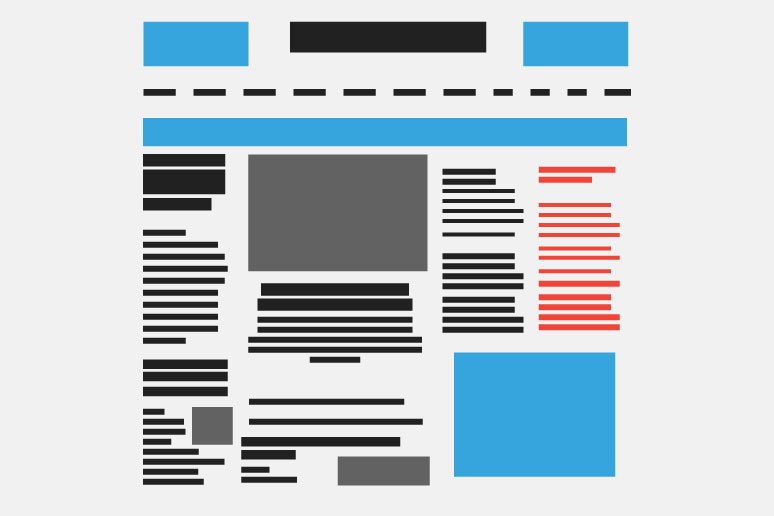 Open your Internet browser, download an ad block feature, turn it on, and then go to a website like Slate, Vox, or The Huffington Post. What you will immediately notice are gaps in their websites, gaps where “articles” used to live, but were blocked. That’s because these “articles” aren’t really articles—they are ads, paid for by companies to promote their platforms under the guise of journalism.

This is known as native advertising, a type of online advertising that seamlessly camouflages with its platform. Unlike traditional banner ads, which stand out, native ads blend in. They are supposed to look like the websites’ original material with the sole exception of a small demarcation of “sponsored content.” Publications like The New York Times, Time, and Buzzfeed all have teams dedicated to native advertising. According to Business Insider, by 2018 it will be a $21 billion industry.

The sudden rise in demand for native advertising is unsurprising when viewed in comparison to traditional banner ads. Banner ads and other pop-ups are not effective because consumers have been programmed to believe that ads are not reliable sources of information. In fact, banner ads are virtually purposeless—an American is more likely to complete Navy Seal training, survive a plane crash, or summit Mount Everest than to click a banner ad, and of the people who do click them, 85 percent of clicks come from 8 percent of people. Furthermore, the average American Internet user sees approximately 1,700 banner ads per month; it’s impossible to expect people to remember them. As a result, there is a need within the news media world for a form of more effective advertising so they can maintain a source of revenue, especially as fewer people are willing to pay for the news.

Realizing they are effectively throwing out their money with banner ads, corporations have transitioned their focus to native advertisements. Financial journalist Felix Salmon wrote for Reuters, “native advertising (as well as content marketing, insofar as there’s a distinction) is a way of communicating with web readers in a language they’re receptive to. And it turns out that when you do that, they actually listen.”

Banner ads are an afterthought, something we don’t remember and rarely click, but native ads are different. Because native ads are integrated with traditional journalism, people often don’t notice them. They continue to trust their news source while quietly being deceived by a corporation or advertiser’s hidden message.

In order to be effective, native ads inherently employ some form of deception. Though native ads must have some form of label differentiating them from the editorial content on websites, readers don’t necessarily detect the form of labeling that they utilize. Salmon also notes that there is a difference in what publishers define as full-disclosure and what consumers actually discern—“in the minds of virtually all advertisers, they are following proper disclosure by clearly labeling native ads with terms like ‘sponsored articles,’ or whatever the publisher decides is appropriate. But this minimal approach is proving insufficient… a substantial percentage of consumers have no idea what these terms even mean, and as a result they are frustrated when they click on a link and are redirected to promotional content.”

Even large and reputable editorial companies like The New York Times are buying into the native advertising game. The New York Times ran its first native advertisement in January 2014, a campaign for Dell. Since then, they have run about 50 campaigns, with native content in some cases equal to that of editorial. A notable native ad that garnered a substantial amount of attention was for Netflix’s original series “Orange Is the New Black.” Instead of simply encouraging readers to watch the show, the lengthy article discussed the greater issue of female incarceration in America and was generally well received. This type of journalism is comparable to the quality of work that is usually published by The New York Times, reflecting a positive part of native advertising—bringing more quality journalism to the table, perhaps in subject areas that are not a central focus of the media otherwise. On the other hand, the fact that money can dictate the content of a publication as crucial, central, and trusted as The New York Times is unsettling. We expect such an organization to report on what is pressing, not on what a well-funded company wants to see.

However, native advertising is a tremendous moneymaker for The New York Times—in 2014, the digital-ad revenue for the publication was $182.2 million, growing 11.8 percent from 2013. According to their executive VP of Advertising Meredith Kopit Levien, native ads accounted for “inside of 10 percent” of this revenue. This is critical for the publication—in a world of declining print ad sales, native ads are helping to keep The New York Times afloat. Print sales are projected to continue their decline in 2015, while native ads are projected to grow. The New York Times has also begun restructuring the company. With the rise of a new practice comes the need for new types of employees—at the same time that The Times was laying off 100 people in their newsroom, they were hiring multiple positions at T Brand Studio, their native ads division.

T Brand Studio boasts over 3,000 Twitter followers and its bio reads “The custom content studio in the Advertising Dept. of The New York Times.” Marketing native ads as “custom content” obscures the real purpose of T Brand Studios and similar companies, whether intentional or not. While The Times claims to be a large proponent of transparency—especially about their use of sponsored content—T Brand Studios seems to be anything but.

Native advertising is also extending beyond the web and into print media. In November of 2014, T Brand Studios published its first print “sponsored content” for The Times. Shell, the fourth-largest company in the world and a company with nearly half a trillion in annual revenue, paid for The New York Times to run an eight-page piece attached to all home delivery copies called “Cities Energized: The Urban Transition.” For a corporation as large and as lucrative as Shell, sponsoring this six-figure native advertisement is mere pocket change. Coupled with an elaborate, graphic online piece, it laid the groundwork for more native print ads to come.

The New York Times seems to be responding to economic conditions in the world of news media, but should this automatically be coupled with a focus on “custom content” and a decrease of news journalists? Is the native advertising content as critical as editorial content? Should it be?

It makes sense why The New York Times wants to conceal its sponsorship and call its native advertisements “custom content,” when companies like The Atlantic have garnered huge amounts of negative press for their native ads. In January 2013, The Atlantic published content sponsored by the Church of Scientology entitled “David Miscavige Leads Scientology to a Milestone Year.” In it, The Atlantic praises Miscavige, the Church’s new leader, saying he led “a renaissance for the religion itself, while driving worldwide programs to serve communities through Church-sponsored social and humanitarian initiatives.”

The Atlantic’s article drew immediate uproar. Taylor Berman of Gawker called it “bizarre, Scientology propaganda,” pointing out that The Atlantic was the “one time publisher of Mark Twain, Nathaniel Hawthorne and Edith Wharton.” Even members of The Atlantic’s own staff began distancing themselves from their employer. The following day, Jeffrey Goldberg, a national correspondent for The Atlantic, published an article on its website, “A Wonderful New Book About Scientology, by a Wonderful Writer.” His article recommended Lawrence Wright’s highly critical book “Going Clear: Scientology, Hollywood and the Prison of Belief” about the inner workings of Scientology. Goldberg’s article was seen as a direct protest of The Atlantic’s partnership with the Church of Scientology and native advertising in general, and his actions were praised by many.

It is easy to understand why The Atlantic—which has long been plagued by financial issues—partnered with the Church of Scientology, an organization which is known to shell out millions of dollars on advertising and PR. But it is also quite worrisome. While sponsors like “Orange Is the New Black” are somewhat innocuous, established news organizations partnering with companies—or even religions—with highly partisan agendas is alarming.

Tech and marketing journalist Joe Lazukas conducted a study on consumers’ responses to native advertising. “The majority of respondents—59 percent—said that news sites are losing credibility when they run articles sponsored by a brand.” Though there has been a sharp increase in the quantity of native ads being published, this is coupled with the sites themselves losing credibility from their readership. This Catch 22 is troubling for websites that wish to maintain their journalistic integrity while also sustaining revenue.

The New York Times and The Atlantic have long been considered bastions of journalistic integrity. They are some of the first places people turn when they need reliable, unbiased news. But are native advertisements and the potential profits involved compromising their ethics? Can we justify their actions in the increasingly competitive, yet also dramatically changing landscape of journalism today? Are they sacrificing their morals, and, in turn, the trust of the public?

The answer is not black and white. In many ways, native advertisements make sense—they are a natural adjustment in our interactive world. People are no longer as receptive to old-fashioned advertising strategies as they used to be, and don’t want to pay for the news that they are consuming, so naturally companies are evolving. Some of the content they bring to the table is valuable and even refreshing in the context of the news media, an industry that can often feel repetitive or limited in scope. Yet at the same time, this presents a conflict of interest with what content is being promoted and how readers consume these sponsored posts. Questions of ethics arise when people are consuming content they don’t realize is sponsored, and when publications are agreeing to partnerships with suspect companies.

Money has always played a role in journalism, but never before has money had such a direct say in the content of the sources we trust. Increased advertising is a guaranteed source of revenue for an industry universally struggling to stay afloat, and considering banner ads’ failures, native advertisement’s rise seems inevitable. What’s important is that we, as the audience for these publications, are cognizant of what we are consuming. We need to read sponsored content through a different lens, realizing the true motives behind it. Or we can just all download ad block.

Battle for the Ballot: Students Reflect on the 2020 Election