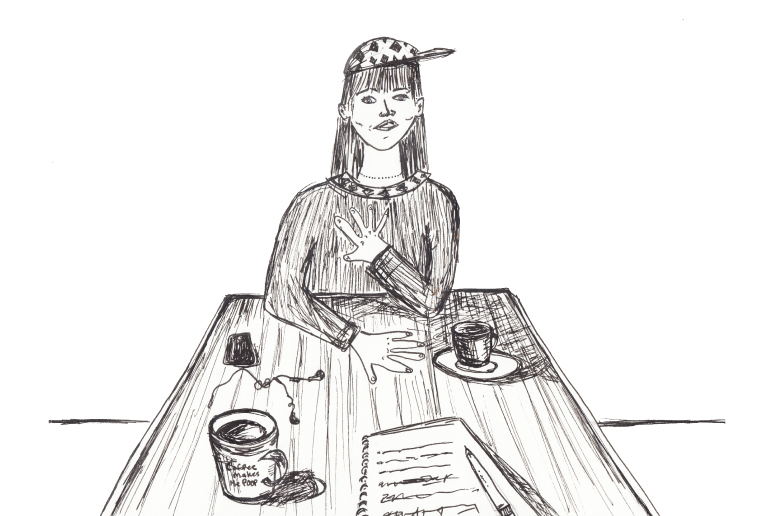 Columns, Thing of the Week

Shot-for-shot: A Conversation About Drinking Culture

I’ve been thinking a lot about beer lately. I recently became the Tufts Campus Ambassador for Narragansett beer. (If you’re 21 and have never tried Narragansett, come find me and I’ll buy you one.) Part of my job is not only to advertise Narragansett at Tufts, but also to discuss tasting notes and promote healthy conversations around consuming beer responsibly. This is a sharp contrast to freshman year nights spent drinking Natural Lite in South Hall and playing “Never Have I Ever.” In short, my relationship with alcohol has been tumultuous and confusing.

I started drinking when I was 17 because I felt like I needed to try it before I got to college. Growing up, I got a lot of mixed messages about drinking from my parents. On the one hand I was told I could always call home if I was at a party and needed a ride. No questions asked. Yet, I was also repeatedly told that I wouldn’t end up at a good college if I was caught drinking by my high school or the police. I put a ton of pressure on myself not to drink. When my little sister died before my freshman year of high school, I felt like I needed to not consume alcohol—even in a healthy way—in order to protect my parents. So by the time I got to Tufts, I’d had a little exposure to drinking but hadn’t been given the space to make mistakes with my parents close by.

My experience with alcohol is different from that of Junior Katya Malison, who works at Ball Square Liquors among other amazing things (check out her band Boss Hogg). So, I decided to go shot-for-shot in a game of pool with Katya—she won—and have a conversation about all things alcohol.

Katya: “Definitely by age 12 it was totally acceptable to have half a glass of wine at the table. Which, growing up in the US—I grew up in Maryland, in a pretty international but not, like, super Spanish and European community—definitely wasn’t the norm. So going over to my friends’ houses, I knew there was something different within my family for sure.”

For me, consuming alcohol in high school was drinking cans of Coors Lite and taking shots of cheap vodka in the basement of a friend’s house when their parents were out of town. These nights were tame for the most part. Katya had a fairly similar high school experience, with one exception—alcohol, in moderation, was normalized in Katya’s household. For both of us, the big change in consumption culture came when we got to college.

Katya: “Coming here I was pretty astonished by the binge drinking that happens at Tufts. I think I was most astonished and am continuously confused by, you know, we’re having all these conversations about sexual assault and just like in general, consent, and talking to people about the importance of healthy relationships. And I still find among those people, and just in general at Tufts, there’s a lot of use of alcohol in order to feel comfortable and spend time with people.”

Katya took a gap year in China before beginning her first year. I, on the other hand, came straight from an environment where alcohol had to be consumed more secretly to Tufts, where there were no limits and no restrictions on how and when I could drink. Like many of my friends, I didn’t handle this transition smoothly. I found myself getting too drunk, too often. I wasn’t communicating with my parents enough, and my grades and schoolwork started to slip. But at the time, drinking bonded me with people and I was glad to be making a ton of friends, so I didn’t question my use. The fun that I thought I was having, and at the time probably was having, was centered around connection.

Katya, who likes to drink, but isn’t a big fan of the first-year party culture, thinks the same kind of fun can be had in different way.

Katya: “I do think if you’re drinking good wine, if you’re interested in what it is, if you’re looking for quality as opposed to quantity and actually tasting it and enjoying alcohol as an experience as opposed to a means to get trashed—the experience of trying different things and tasting it can be really fun, and I think that can substitute some of the fun you think you’ll get from just getting hammered.”

Katya and I are both 21 or older and it’s easy for us to find these kind of experiences with alcohol. At Tufts and many other college campuses, these kinds of events are nearly impossible for underclassmen to enjoy. The first time I actively began seeking out these healthier drinking excursions was during my semester abroad. I spent last semester in Hong Kong, which was the first time I really began thinking critically about alcohol consumption at Tufts since it was the first place other than Tufts where I’d had free reign to explore drinking. Although I still went out and got drunk with friends abroad, I often found myself engaging in less fast-paced evenings (with some exceptions). For Katya, working at Ball Square has given her an interesting lens for examining her own drinking.

Katya: “At Ball Square, Fridays and Saturdays are tasting days. This is just making the point that I think everyone should be super critical about the way that they consume alcohol. I love tasting days because I love trying new things. Especially Fridays, which are wine and beer. It’s really fun for me to start with beer—don’t want to ruin my palate. My coworkers will teach what a malty beer tastes like, or what a yeasty beer taste like. It’s really interesting, and exciting, and fun, and then you hop over to the wine table…and getting to try all these different regions, all these different grapes, is really cool. But also, you can get toasted! Just the language that my coworkers and I use around that, like if we get a little too tipsy or if I want to try something else…like there are appropriate places to get drunk and there are inappropriate places to get drunk, and work is an inappropriate place to get drunk.”

As a senior, I still find myself grappling with how and when I use alcohol. There are times I use it as a social lubricant and other times to destress after a really tough week of classes. But from the negative experiences I’ve had and heartbreaking stories I’ve heard from friends, I find myself questioning the ways in which we consume alcohol at Tufts and on college campuses in general. I think in many ways, it’s flawed. At the same time, I’m complicit in Tufts drinking culture. I recognize that I’m part of two social groups (one actively, the other not as much) that do a lot of drinking, and I often enjoy being drunk in these communities. I joined both of these groups as a first year and my experience was definitely influenced by the fact that I am someone who enjoys drinking and is comfortable occasionally drinking to excess. Yet, I think it’s flawed that some spaces on campus are harder to permeate if an individual doesn’t drink, or only enjoys getting casually drunk instead of getting hammered. I’m not sure what the solutions to all of these problems are. What I do know, however, is that it’s crucially important to check in with oneself about the reasons one drinks and wants to get drunk. Like Katya—and unlike me—it’s important to have these check-ins before going abroad and before your 21st birthday. 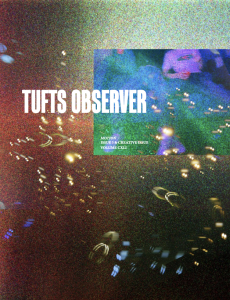 Am I Quirky for the Wrong Reasons?