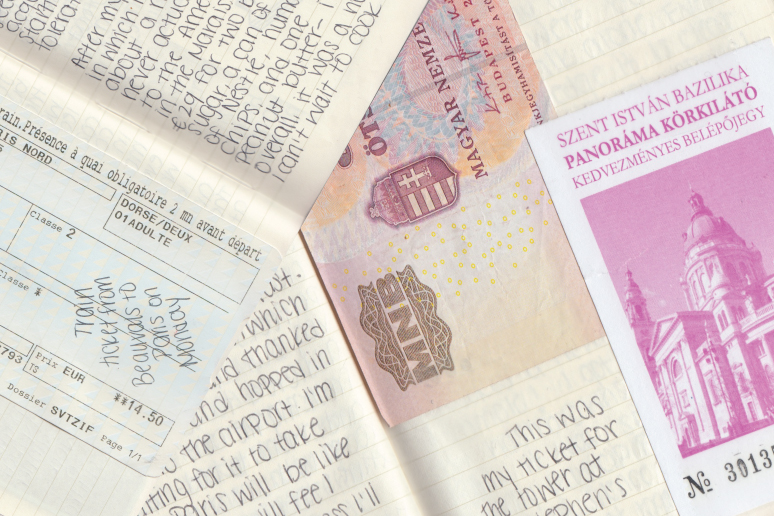 This Is Not My Beautiful House: Living in Paris During the November 2015 Attacks

I spent the fall 2015 semester in Paris, France, on a study abroad program through New York University. I lived in a beautiful apartment on a little street called Rue de Marseille in the 10th arrondissement, which was often referred to as the “Brooklyn of Paris,” because it was full of young people, artistic graffiti, hipster cafés and restaurants. The only tourists who wandered into the 10éme were lost, and that’s how I liked it. It felt like the real Paris, not the Paris of postcards, and it felt like home to me. My street was home to one of the best locals-only bakeries in Paris, Du Pain et Des Ides, chic boutiques like Maje and A.P.C, as well as a colorful preschool. Every morning, I would swing open the big French windows and listen to the shouts and giggles of children running down the street, feet slapping the pavement as their tiny backpacks bounced up and down. I was always so jealous that those six-year-olds could speak such incredible French, and I loved listening to the language tumble out of their mouths in high-pitched, excited voices. Life at 8 Rue de Marseille was simple and idyllic. But as with most things in life, it was fleeting.

“There’s been a shooting in Paris tonight, Friday the 13th. Two shootings happened at restaurants within a five-minute walk of my apartment. Another was at Le Bátaclan theatre, where there are currently 100-200 hostages being held and shot at one by one. An explosion happened at the Stade de France, where a France v. Germany soccer game was taking place. I have basically no Internet in Sarah’s* dorm and thus no access to news. Mommy and daddy have been calling me with updates and Amélie, my French cousin, has been texting non-stop with news. Apparently people have been calling my parents like crazy and friends have been reaching out on Facebook as well, but my lack of Internet is keeping me from checking any form of social media. I’m scared and freaked out and I feel betrayed by my city and the false sense of security I felt in my neighborhood. Mommy asked me if I wanted to come home and I said ‘no,’ but I wanted to say ‘YES.’”

The Paris attacks shook me in a way I had never been shaken before. They made me question every aspect of my life, my safety, and my purpose. They reminded me that life is incredibly volatile and that there are many things beyond our control that have the power to permanently alter the trajectories of our lives. Sometimes those alterations are beneficial, sometimes they’re necessary, and sometimes they’re just tragic. This incident was just tragic.

I’ll never know how it would have felt to be in Paris on the night of the attacks, but I know that being in Budapest, where I was visiting a Tufts friend for the weekend, made me feel suspended in mid-air. I was in a foreign city, hundreds of miles away from my apartment in Paris and thousands of miles away from my home in New Jersey, and I had no control over what was happening in either place. I was nowhere, or at least nowhere that mattered to me in that moment. When I finally found an Ethernet cable to which I could hardwire my laptop for Internet access, I stayed up late into the night sobbing into an empty bag of paprika chips (they’re the Hungarian equivalent to salt & vinegar chips in America and twice as tasty) and clicking from news site to news site, reading horror stories about the rising death toll and the wreckage at Le Petit Cambodge and Le Carillon restaurants, both of which were located on streets immediately across from my own. I was crying for my neighborhood, for the evil that had unjustly tainted its goodness, and because I had been there just 24 hours earlier and I left without saying ‘goodbye’ or ‘I love you.’

I distinctly remember writing the sentence in my journal about feeling betrayed by my city. I remember feeling like my sense of safety had been betrayed, or had been a façade all along. But really, I felt betrayed by myself. I was so foolish for having felt safe in a city so completely foreign to me. I barely knew Paris, so why did I feel so secure there, so confident in the stability of my environment? I was a presumptuous American who had never experienced real danger or tragedy in my life, and now I was experiencing it for the first time and all I could do was blame Paris, the victim, for my own sheltered upbringing. In that moment, I was angry and decided that Paris wasn’t my home; it couldn’t be. Home was supposed to be a safe place.

“This morning, I woke up at 10:30 and read the news—Paris is the only thing the New York Times can talk about and I’ve been trying to stay as up-to-date as possible on the investigations. I feel better knowing that all the attackers are dead, but I’m terrified that there’s still a wide web of accomplices spread across Europe that made the attacks possible… It was the worst terrorist attack in Europe since the 2004 attack in Madrid. It’s absolutely horrendous and it happened right in my neighborhood, which makes me so scared, but I have to go back and at least try to resume a life of normalcy. Also, Paris is my home now and I can’t just leave when things get rough… How is it that the capacity for evil can be as great, if not greater than the capacity for good? It breaks my heart… I’m on the plane now, waiting for it to take off and wondering what Paris will be like when I arrive. I wonder if it will feel different, if I will feel different. I guess I’ll find out in two hours.”

After processing the events that had unfolded and coming to terms with the mass destruction that had taken place in my neighborhood, I realized that Paris was still my home. My parents tried desperately to convince me to stay in Budapest for a few more days, even a week, and then consider coming straight home to America. They didn’t want me to see what terrorism looked like in action, to see something that I could never unsee. They wanted to protect me because they love me, and I loved them for that. But I couldn’t stay; I had to go back to Paris and mourn with my friends and neighbors. I felt like I owed it to Paris to go back and be strong.

Unfortunately, I only returned to 8 Rue de Marseille for a week before accepting my parents’ repeated offers to take me home early, to cut my losses and focus on my mental health. I tried to be strong, but my metro line was shut down because of a hate crime that had taken place in a subway car after the attacks, and I was forced to Uber everywhere. It was neither economical nor livable. I was terrified of going to the laundromat, of going out to eat, and I couldn’t dream of going back to my favorite bars because they were all located within a block of the Le Petit Cambodge and Le Carillon. My home no longer felt like my home and my life no longer felt like my life. I couldn’t even think about coursework—it felt so meaningless and trivial. I was overcome with anxiety and paranoia and my once-joyous abroad experience was rapidly depleting me. I felt guilty and ashamed for leaving, but I also knew that I was only punishing myself by sticking it out for the last three weeks of my program.

It’s now been a year since the attacks happened and I somehow feel closer to Paris than ever. My French is rusty and I have finally lost all the crêpe-weight, but I can’t go more than a few days without seeing something or saying something or eating something that reminds me of Paris. I can still remember the smell of warm dough that would envelop me as I passed by Du Pain et Des Ides—it was like walking into a cloud of perfume. I remember the snap of wind on my face as I skipped down the narrow streets of le Marais to the Centre Pompidou for an afternoon of playing hooky and enjoying modern art. The visceral reactions I have to those experiences and the vividness with which I remember them are proof enough that Paris truly was my home, if only for a moment, and that I lived and loved with as much tenacity as I possibly could in a place that was completely unfamiliar to me. I didn’t put down roots in Paris, and I couldn’t stay to help rebuild it after the attacks, but I stayed for as long as I could because I loved it, and that’s what you do for the things you love. You go back, even when you don’t really want to, and you pick up the pieces as best as you can because it’s worth it. I picked up as many pieces as I could, but I couldn’t put my old life back together, and so I left. I often feel guilty for leaving, but never regretful. I had to do what was best for me, even though it meant abandoning a place I had come to love. But I will go back someday to 8 Rue de Marseille and apologize and pick up the rest of the pieces. Home isn’t always a safe space; this is a fallacy. It can be a painful, upsetting, even hollowing place, but to love it regardless means that it must be home.

*All names have been changed