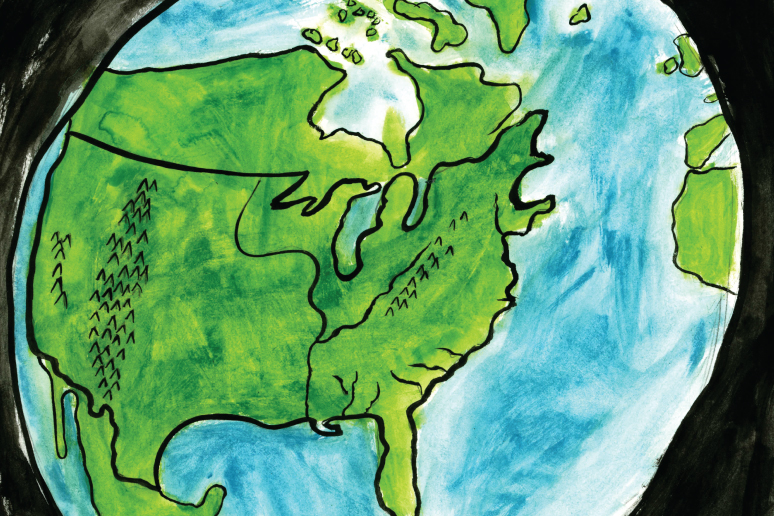 “We’re going to win, win, win, and we’re going to make America great again,” Donald Trump told the crowd at the conclusion of a rally in Buffalo, NY in April 2016. “America first, folks!” A few months later, just before he introduced his wife, Melania Trump, at the Republican National Convention in July 2016, Trump declared, “We’re going to win so big.”

This rhetoric about “winning” and thereby returning America to a supposedly-lost state of greatness has dominated the 2016 presidential election cycle, particularly among conservative politicians and voters. Yet it is, on some level, unprecedented in the US political sphere. Simon Rosenberg, president of New Democratic network, believes that Trump’s language promotes an idea of national pessimism that has never been seen before in a general election.

“There’s a mean-spiritedness and an anger, particularly coming from Trump, that really has no modern antecedent,” said Rosenberg. “There’ve been candidates who’ve run before, like Reagan, who ran against the failed political elite, but this is on a completely different scale. [Trump] has attacked virtually every institution. He’s raising questions about the integrity of the voting, integrity of the polling, integrity of the media. He’s given the Russians far more leeway than he’s given most of the institutions in the US.”

Crucial to Trump’s platform have been a variety of protectionary measures, including building a wall along the US-Mexico border and creating trade barriers to protect American jobs. According to Rosenberg, these measures could have drastic consequences.

Rosenberg also doesn’t think that Trump’s positions are widely shared by voters, even within the Republican Party.

“One of the reasons that he’s having so much trouble getting support of John McCain, the Bushes, Mitt Romney, and all the sort of mainstream, establishment Republicans is that they don’t agree with him,” Rosenberg explained. “Between 15 and 20 percent of the country is really with him. His worldview, I think, is a minority in a minority.”

Yet even without the support of many prominent Republicans, Trump’s performance in the state primaries was enough to secure him the Republican presidential nomination and make him a contender in the November 8 election. What made his worldview and his emphasis on “winning” at other countries’ expense so appealing to some voters? At least one clue lies in his rhetoric.

“The core argument Trump is making is, ‘I want to make America great again.’ It’s a restoration of an old order that was never really there in the first place, and it’s so obviously demographically targeted,” Rosenberg said. “What African American believes that America was great in the 1950s?”

Trump’s rhetoric largely appeals to older White people living in rural and conservative parts of the US; according to a New York Times article from July 2016, his polling numbers are highest among White men without a college degree. This is also a segment of the population that, according to Rosenberg and others, is currently grappling with a sense of loss.

“A huge percentage of aging White people… are feeling like America’s becoming a country that is not the country they grew up in. And they’re right. America’s changing,” Rosenberg said. “Our standing in the world and geopolitics is changing…. Our economy, the work that we do, is going through profound change. Every job we have requires additional skills, and people who are my age or older are far less capable of adding value and making a living than the digital natives who can go out and be part of this digital world. The demography of the country is changing with incredible speed in ways that I don’t even know that people really understand…. [T]he things that we’re seeing play out are happening with enormous speed, and there’s some backlash and resistance to that.”

In an article for The Hamilton Spectator, Henry A. Giroux explained that these xenophobic, nationalist, and racist ideas are more likely to thrive in a society in which “individuals are isolated due to a range of economic and political conditions, including the forces of precarity, poverty, mass inequality, uncertainty and disposability.” Rosenberg also linked voters’ responses to this rhetoric—their desire to “win”—to their recovery from the 2008 recession, which has been somewhat split along racial lines.

“Black and Hispanic economic indicators [are] soaring. And the attitudinal stuff in polling about, ‘Do you think the country is getting better?’ [and] all the various indicators—Blacks and Hispanics are far higher than Whites,” Rosenberg said. “Part of what’s going on is that younger people, People of Color, and immigrants, are at the beginning of their work lives. And so they see the gain relative to where things were. They see things getting better. If you’re an older White worker… you know you’re never going to reclaim the wages you had 20 years ago, because your skills are becoming less valuable, and Fox News is scaring you every day.”

While Rosenberg does not believe, based on his research, that Trump can win the election in November, he cautions that the “America first” attitudes that rose to the forefront during this election cycle may not disappear so quickly.

“It’s not any secret that the Republican Party has had this far-right faction. The Tea Party has a huge number of members in the House, and they were anti-establishment,” Rosenberg said. “[Trump] was tapping into some strains that were already there, and ones that I also don’t think are going to dissipate quickly after he disappears in a few weeks.”